Jump to content
Battle for Dune: War of Assassins has now been released! Get it here! × 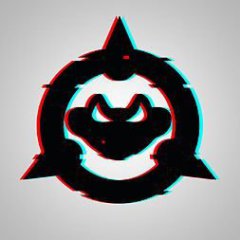 This is a refresh of an old project started by Gen Blacky (aka Mr. Z) with help from Slave and ErroR. It is a project that converted the first person weapon models to replace the original Westwood third person and back carried models. Read Description for complete list of changes. Batch script for personalizing/customizing, and Readme.rtf are included.

In this refresh of the project, there are multiple fixes:

This package contains a batch file for easy install/customization, and a Readme for installation. Please enjoy and if you should use this in any mod or on a server please give credit to everyone involved in this project.

***Update 03/31/2022: Fixed credits for Gen Blacky and ErroR, misspelled names in credits.txt; Added another alternate Volt Auto Rifle that has a red beam styled to the original Westwood version.

***Update 04/04/2022: Adjusted the height of the p_bone for pickup models to prevent spawned weapons from falling through the ground (only noticed this happening on some maps).

***Update 04/08/2022: Adjusted the height of both the p_bone and worldbox for pickup models (centered them directly to the model) to fix multiplayer weapon spawners.

***Update 08/19/2022: Fixed Alpha channel bug on the Laser Rifle's crystal, added 2 more alternate models: 1-Alternate for Chem Sprayer with reflective glass over the clip canister; 2-Alternate for Ion Cannon Beacon with the missing lock lights restored, Extended the 4 receivers on the Nuclear Strike Beacon out further, wrote a batch script to help personalize/customize the installation, merged changelog.txt and credits.txt into the Readme.rtf file.

You may only provide a review once you have downloaded the file.

There are no reviews to display.